What is Choking our Indian Skies?

Air pollution in India is a serious health issue. Of the 30 most polluted cities in the world, 21 were in India in 2019. As per a study based on 2016 data, at least 140 million people in India breathe air that is 10 times or more over the WHO safe limit and 13 of the world’s 20 cities with the highest annual levels of air pollution are in India. The 51% of pollution is caused by industrial pollution, 27 % by vehicles, 17% by crop burning and 5% by fireworks.

Air pollution contributes to the premature deaths of 2 million Indians every year. Emissions come from vehicles and industry, whereas in rural areas, much of the pollution stems from biomass burning for cooking and keeping warm. In autumn and winter months, large scale crop residue burning in agriculture fields – a cheaper alternative to mechanical tilling – is a major source of smoke, smog and particulate pollution. India has a low per capita emissions of greenhouse gases but the country as a whole is the third-largest greenhouse gas producer after China and the United States. A 2013 study on non-smokers has found that Indians have 30% weaker lung function than Europeans.

Air Quality Index (AQI) is a number used to communicate the level of pollution in the air and it essentially tells you the level of pollution in the air in a given city on a given day. The AQI of Delhi was placed under the “severe-plus category” when it touched 574, by the System of Air Quality and Weather Forecasting And Research. In May 2014 the World Health Organization announced New Delhi as the most polluted city in the world. In November 2016, the Great Smog of Delhi was an environmental event that saw New Delhi and adjoining areas in a dense blanket of smog, which was the worst in 17 years.

A surge on June 14 was caused by dust storms brought on by a combination of extreme heat and powerful downdraft winds.

How is Massive Earth contributing?

We have started on a “massive” journey to solve the most critical problems facing the Earth. Crisis situations like the one above is a sign of something gone terribly wrong in the way India is progressing. We knew things will not be intuitive, much less easy.
One of the problems we looked at, was that of pollution in Delhi’s air. One widely used index to measure air pollution is called the AQI (Air Quality Index). AQI normally has 6 grades, with values ranging from 0 to 300. Anything above 300, is Hazardous. Solutions are in plain sight. So, why is it not being done?

The most troubling thing about most major cities’ air is not that it is so highly polluted, but that we seem oblivious to it. 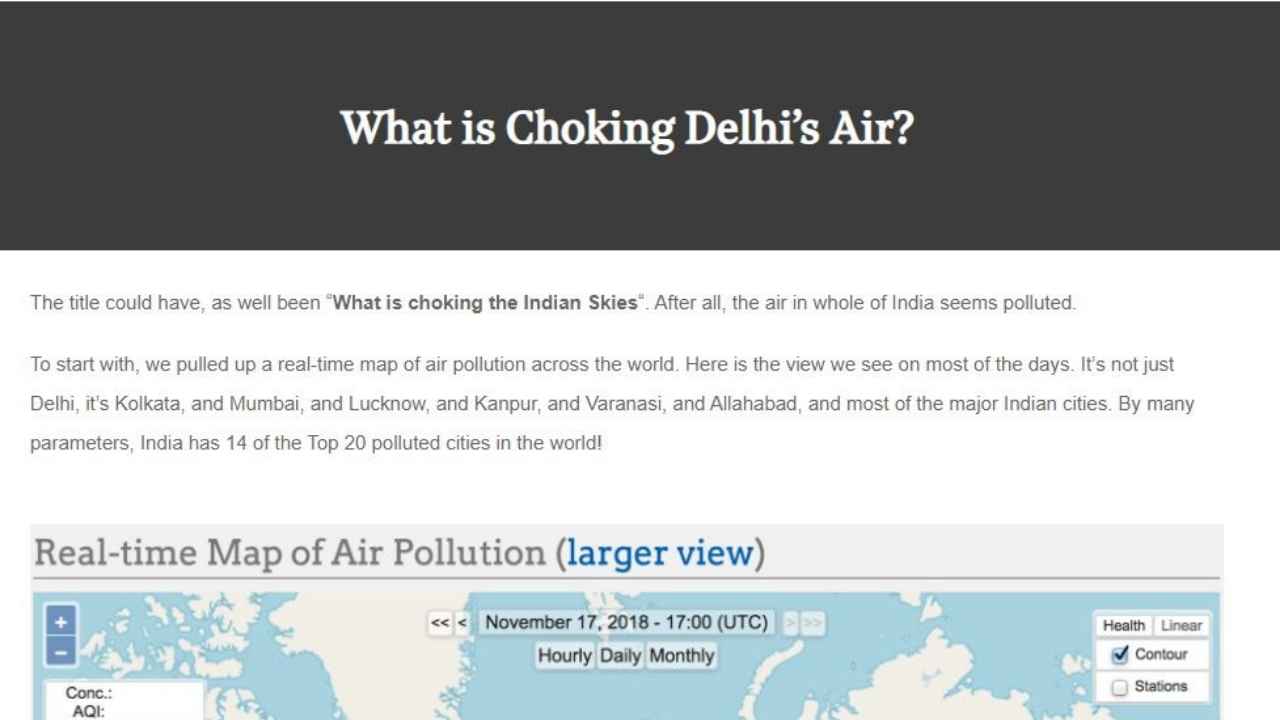 Every year when AQI jumps past 400 in October/November there arises a scene of chaos when everyone is blaming crop burning farmers or Diwali or other factors. No one is ready to attest to the fact that actually the whole year AQI essentially remains above 100 i.e the safe limit. So what is actually choking India’s and Delhi’s air?
MEF team delves deep into various factors that affect India’s Pollution.

COVID Lockdown in India has managed to keep Pollution away from our cities. We conducted study for a duration of 17 and studied the patterns of changing elements due to the lockdown that are no vehicles, industrial closure etc. We found that there is a considerable drop in AQI in all hotspots states, bolstering the fact that paddy burning is just another factor, and the consistent problem is vehicular, industrial and pollution from construction.. 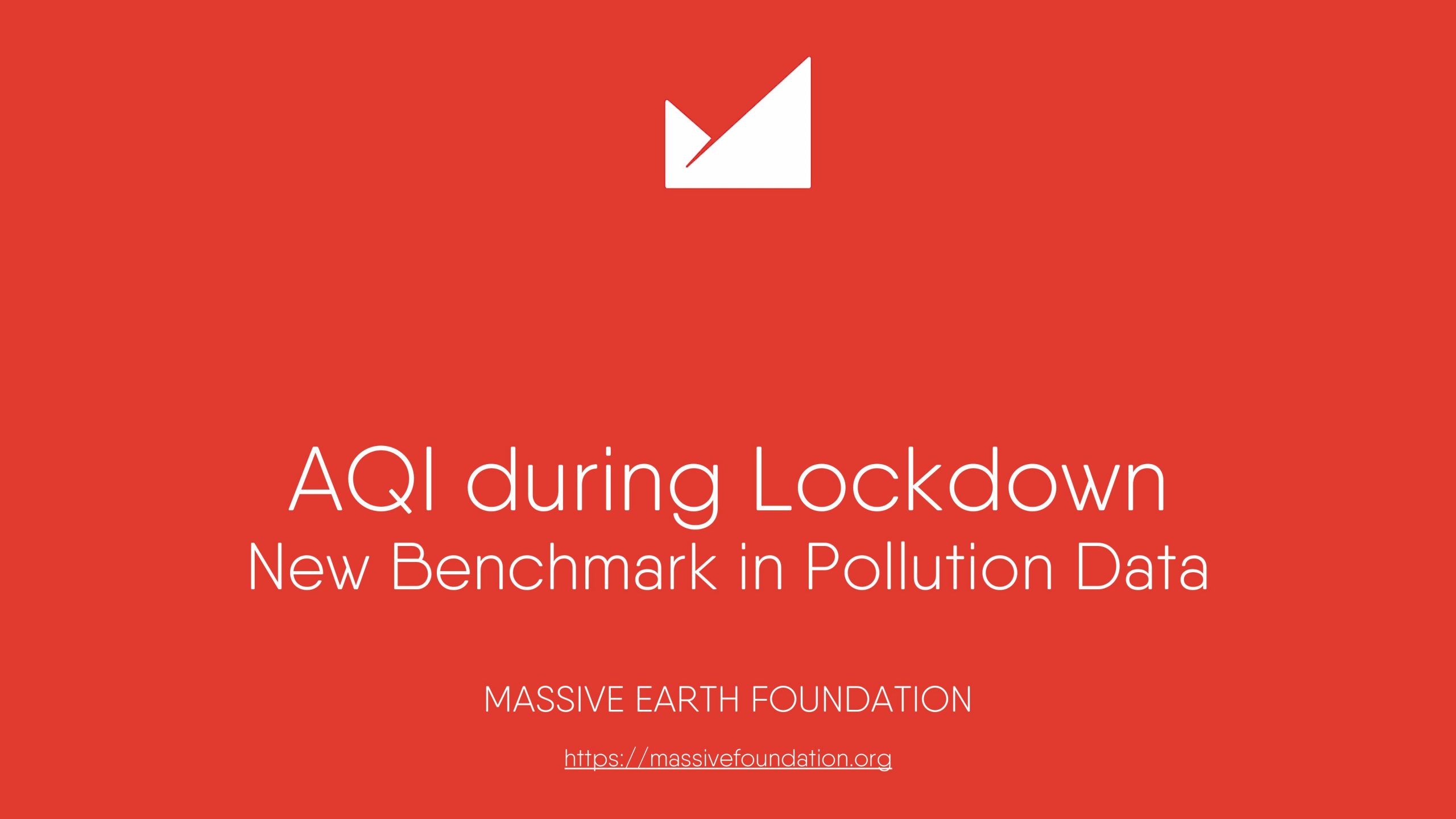 You can reach out to us at garima@massivefoundation.org or you can fill the contact form 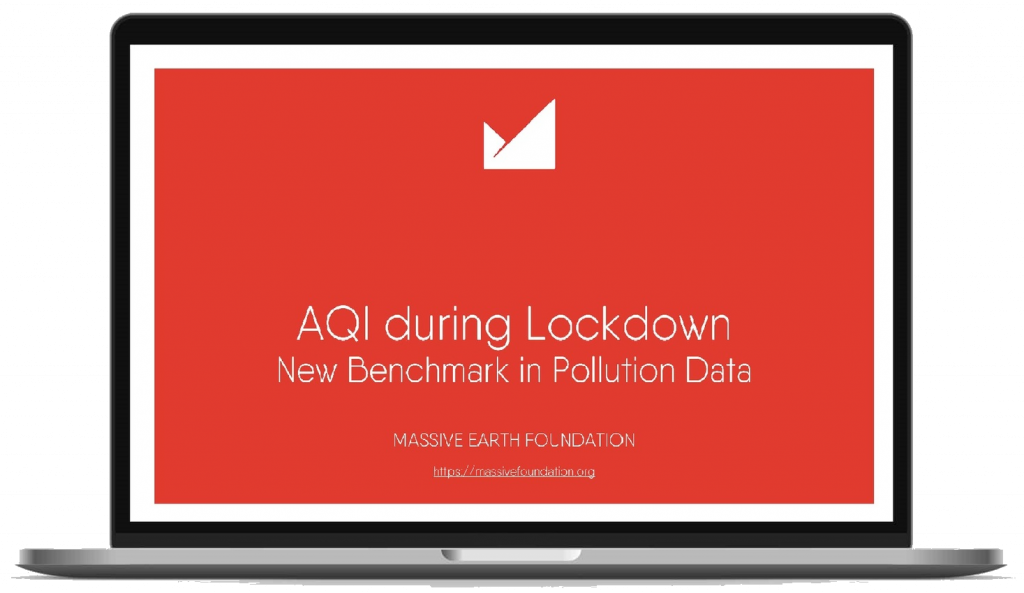 Air Pollution: A Presentation without Paddy Burning or Diwali

Sign up to get the Report delivered directly to your inbox!